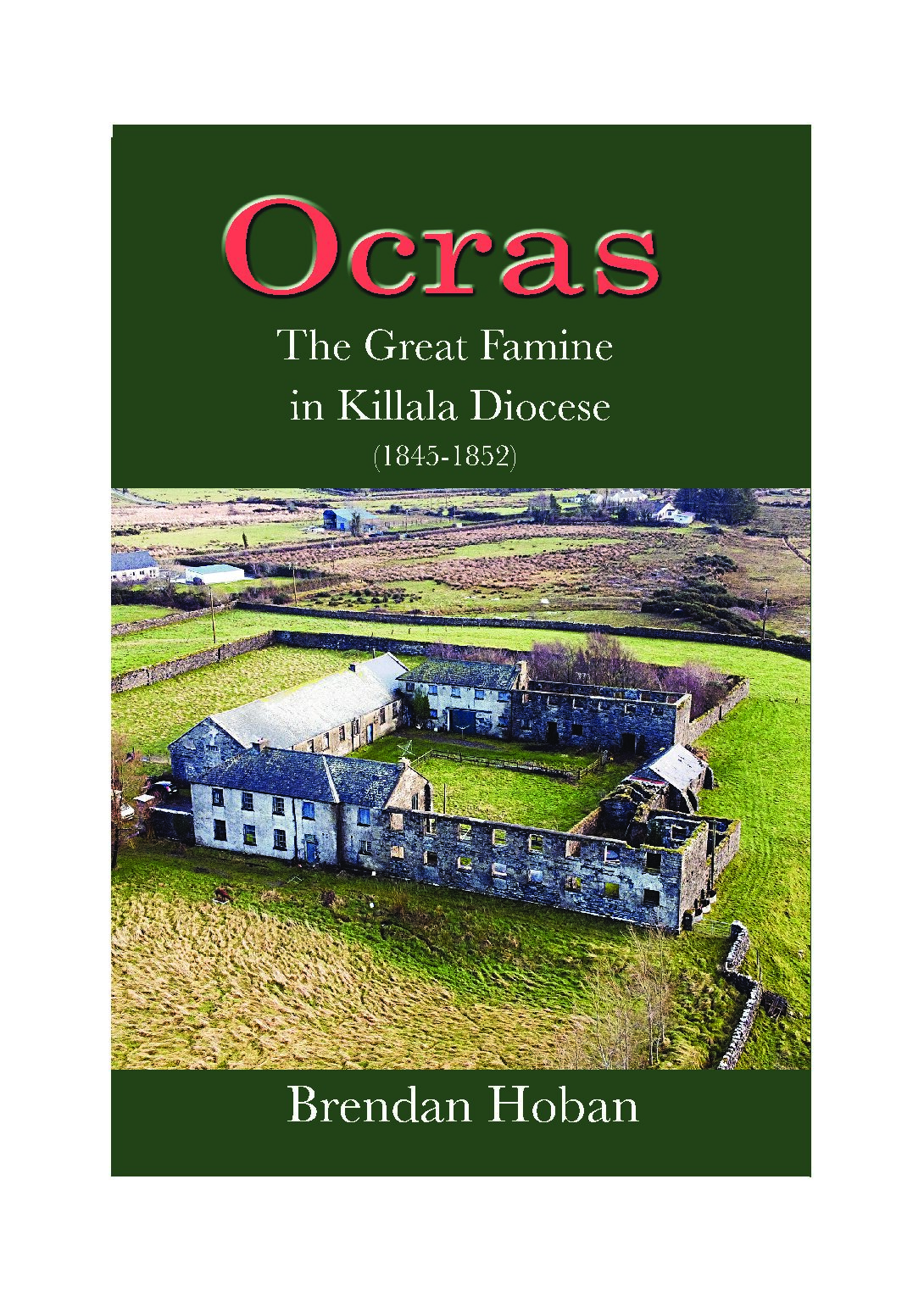 Commemorating the 175th anniversary of Black ‘47

Historians of the Great Famine have long lamented the lack of local research reflected in the paucity of regional studies and how areas well served by local historians confirmed the popular impression that the crisis was less severe in other unresearched areas. The reality is that the Great Famine, most notably north Connaught – especially north Mayo and west Sligo, effectively Killala diocese – was just as severe as places like Skibbereen but that story has yet to be told.

This comprehensive two-volume study tells that story for the first time, reports on what happened, suggests motives and perspectives and relates the part Killala clergy of all denominations played in the unfolding of those terrible years. The story is told through the lens of a generous archive, mainly of local papers, that suggests Killala diocese was one of the most horrific (and neglected) theatres of death in that disastrous period of Irish history. Killala diocese was another Skibbereen.

a two-volume history on the Great Famine in Killala diocese is being published.

The first volume, entitled Ocras, The Great Famine in Killala Diocese, 1845 – 1852, is a general history which explores life in the diocese in the years leading up to 1845 – the memory of want, how people lived, the lives of priests and the optimistic ‘joyous prospects’ of the year 1844. It traces the twists and turns of each of the eight years from the coming of the blight in 1845 through the consequent trail of devastation it left in its wake, as well as accounts of evictions, the impact of the ‘Second Reformation’ – a calculated and determined effort to convert Catholics to Protestantism – and the desperate efforts to keep people alive as thousands perished from starvation and the fever in the three baronies of Erris and Tyrawley in Mayo and Tireragh in Sligo.

The second volume, Hunger, The Great Famine in the Parishes of Killala Diocese, 1845 –1852 focuses on the 22 parishes of the diocese during the Famine years and will be published on April 19, 2022.

Ocras is available in The Pastoral Centre Bookshop, Ballina, the Newman Institute and local bookshops. It is also available to purchase online through the Knock Shrine Bookshop.

Ocras is a limited edition and sells at €35.