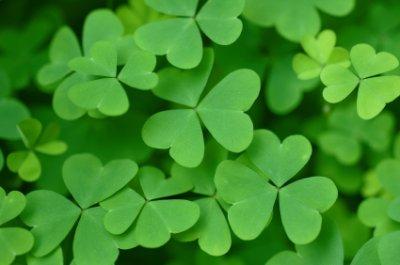 According to Patrician scholar, Máire B. de Paor, the evidence of St Patrick’s Confession favours Silva Focluti, the Wood of Fochaill, on the western shore of Killala Bay, as the location of the six years Patrick spent in captivity in Ireland. If that’s the case then the presumption is that when Patrick returned to Ireland, Foghill and its hinterland – including Kilmoremoy (Ballina) and Downpatrick Head (Ballycastle) – must have received his particular attention.

Foghaill is part of what is now Lacken parish, about ten miles from Kilmoremoy parish and when Patrick returned to Ireland after hearing ‘the Voice of the Irish’ who lived ‘beside the western sea’, the Tripartite Life relates that ‘Turning (from Lough Deala in Ballysakeery) to the East, Patrick came to the place called Leac Fhionbhaile, which is about the church of Kilmore at the upper end of the river Muadius and there erected the triumphal banner of our religion.’ Elsewhere, we are told, ‘he erected a noble church, which . . . is commonly called Kill Mor, i.e. the Great Church’, and he committed its care to two of his disciples.

Giving substance to that claim was the suggestion by Patrician scholar, John O’Donovan, that ‘the very cross inscribed by St Patrick . . . . is still to be seen, and the grave-yard within which the rock is shown proves that there was an ancient church at the place.’ St Patrick’s Cross or the ‘Leigue Cross’ as it is now known was described by O’Donovan as ‘a large irregular flat rock . . . having on its south-west face, which is smooth and nearly perpendicular, a beautiful cross, well sculptured . . . the figure of the cross is surrounded by two concentric circles, of which the exterior is about sixteen inches in diameter.’

The present ruin of a church may well have been one of several erected on that sacred site. In 1838 John O’Donovan described it as follows: ‘The old church of Kilmore is now so patched up with repairs of various ages that it is not easy to learn its ancient size and form. The greater part, however of the South and north walls are in the primitive style of the ancient Irish churches . . . The door which is placed on the South side-wall, and parts of the wall which are immediately on each side of it and over it, are at once recognisable as the work of later ages, the door being in the rude pointed style and the masonry round it being of inferior character. The church has been much disfigured by the addition of small apartments which were used as cemeteries by private families; but the antiquary can have little doubt that the semi-cyclopean parts of it are as ancient as the time of St Olcanus (Olcan).’

It is not clear what the date for the original church is. When a group of children, supervised by Sr Finbarr Martin and others, carried out a major clean-up project on the Leigue Church in 1991, they were visited by UCD archaeologist, Seamus Caulfield, who told them that the construction was part of a pre-medieval church. As a result of these observations, Finbarr Moore of the Office of Public Works was contacted and he confirmed Seamus Caulfield’s judgement. The west doorway shows the ‘splayed features’ and flat lintel which dates it earlier than the 12th century. The pre-Romanesque style was common in the 9th and 10th centuries and the church probably dates from that period.

There was certainly a church in Kilmoremoy in the seventh century when the Tripartite Life of St Patrick was written and the name ‘Kilmore’ was known from about the middle of the sixth century from which time the legend of the murder of St Ceallach of Kilmoremoy by the Four Maols dates. As well as that, in a manuscript account of the possessions of Cong Abbey, quoted by Hubert Thomas Knox, Kilmore is mentioned again: ‘Ruadhri, King of Ireland, son of the above-named, gave the town and land of Cell Moir Muaidhe to the said monastery, and the tithe of fishes of the whole river Muaidhe aforesaid and a bell-rope from every ship touching at the said port for the purpose of fishing or trading of the aforesaid monastery.’

From earliest times, the Great Church of Kilmore would have served the community that must have gathered along the banks of the Moy. Access to the sea, the fertile land in the environs of the river, the profusion of salmon must have created a centre of population that eventually led to the growth, in the early eighteenth century, of the town of Ballina or Beal Atha an Fheadha (‘the mouth of the ford of the wood’). Before then, in 1427, the Augustinians had established their abbey on the banks of the Moy and it too must have created or followed an oasis of activity in the area.

But even in earlier centuries, Kilmoremoy, or what is now Leigue and its environs, must have sustained a reasonable conglomeration of people for a ‘Great Church’ to be built there. We know little, of course, of these times and judgements of their nature are approximate but it may be presumed that Kilmoremoy, even in the early Patrician years, was a centre of activity and some commerce. Edward MacHale suggests that from the name Cill Mor (Great Church) ‘it is safe to conclude that the community it served was larger than the usual, thus necessitating a large building.’ However, this is more conjecture than fact as the Irish annals, in the words of historian Alfred P. Smyth, ‘do not offer us a contemporary record of Irish affairs, however fragmentary, until after the middle of the sixth century.’ Even then the development of a Christian centre in Kilmoremoy is wreathed in the mists of time.

‘The Holy Well of Tobar Padraig’ was at the centre of the Kilmoremoy community and became in later centuries a place of pilgrimage on Garland Sunday. ‘Doing the Station’ retained its popularity until recent times but has now almost disappeared despite the efforts made to revive interest in the ancient devotion. In the 1970s under the leadership of the then Administrator, Fr Gerry Moore, a finely-executed limestone wall was built at the base of the site with mosaic-enamelled Stations of the Cross and a bronze relief by Frank Hourigan over the well itself and the development promised a new era of popular devotion at the ancient site. But whatever the reason, apart from a few official liturgies at the site, the people of Kilmoremoy came to see the development as more a visual enhancement of the entrance to Ballina from the Killala Road rather than a place of pilgrimage.

The incident that gave the well at Kilmoremoy its significance – as was the convention in such tales – was a miracle performed by St Patrick in which he brought back a woman called Eachtra from the dead and both Patrick and Eachtra are commemorated in the well and the ford. The incident is mentioned in the Tripartite Life and John O’Donovan translates the passage as follows: ‘There (at Lia Na Manach in Torawley) also St Patrick baptised a chief Eochodius, the son of David, who was the son of Fiachra and at the ford, which lies before the door of the Church of Kilmore, restored to life his wife, Eachtra by name, who had a short time before departed from the living. The ford is called after her Ath-Eathtra – vadum Ectra – and at it lies the sepulchre of the woman.’ O’Donovan describes the place: ‘The holy well of Tobar Padraig lies on the side of the road directly opposite to it (the tomb of Eachtra), and the stream on which is the ford of Ath Echtra flows at the foot of the hill on the side of which the grave is to be seen. This grave is now much destroyed.’ The Killala Road runs through the site and to facilitate the road the great stone was moved southwards. The road had the effect of dividing St Patrick’s Well from the ancient stone which forms part of the traditional path of the Station.

Interestingly, Ballina Council – aware of the Patrician heritage of the Kilmoremoy area – has called the new road joining St Patrick’s Church and Leigue, Slí Eachtra. The decision indicated a surer sense of the historical and religious context than was evident in the decision, some years earlier, to place at the heart of the site a bronze relief depicting St Patrick baptising accompanied by the gloriously inappropriate legend; ‘In memory of all those who died for Ireland’ – an amalgam of religion and politics that does little credit to either.

This secular-religious confusion at St Patrick’s well emanated from the historical identification of nationalism with Catholicism in Irish history and an example of that in the early twentieth century was the banning of an Anti-Conscription protest during the 1914-18 War when the authorities quoted some ancient statute. A stalemate ensued. Eventually it was decided to convert the Anti-Conscription protest into a religious procession from the Cathedral to St Patrick’s Well. As both the Cathedral and the Well were private property, the ban would not apply! On the day, according to Monsignor Edward MacHale, ‘a large crowd marched and prayed!’

St Patrick, pray for us.