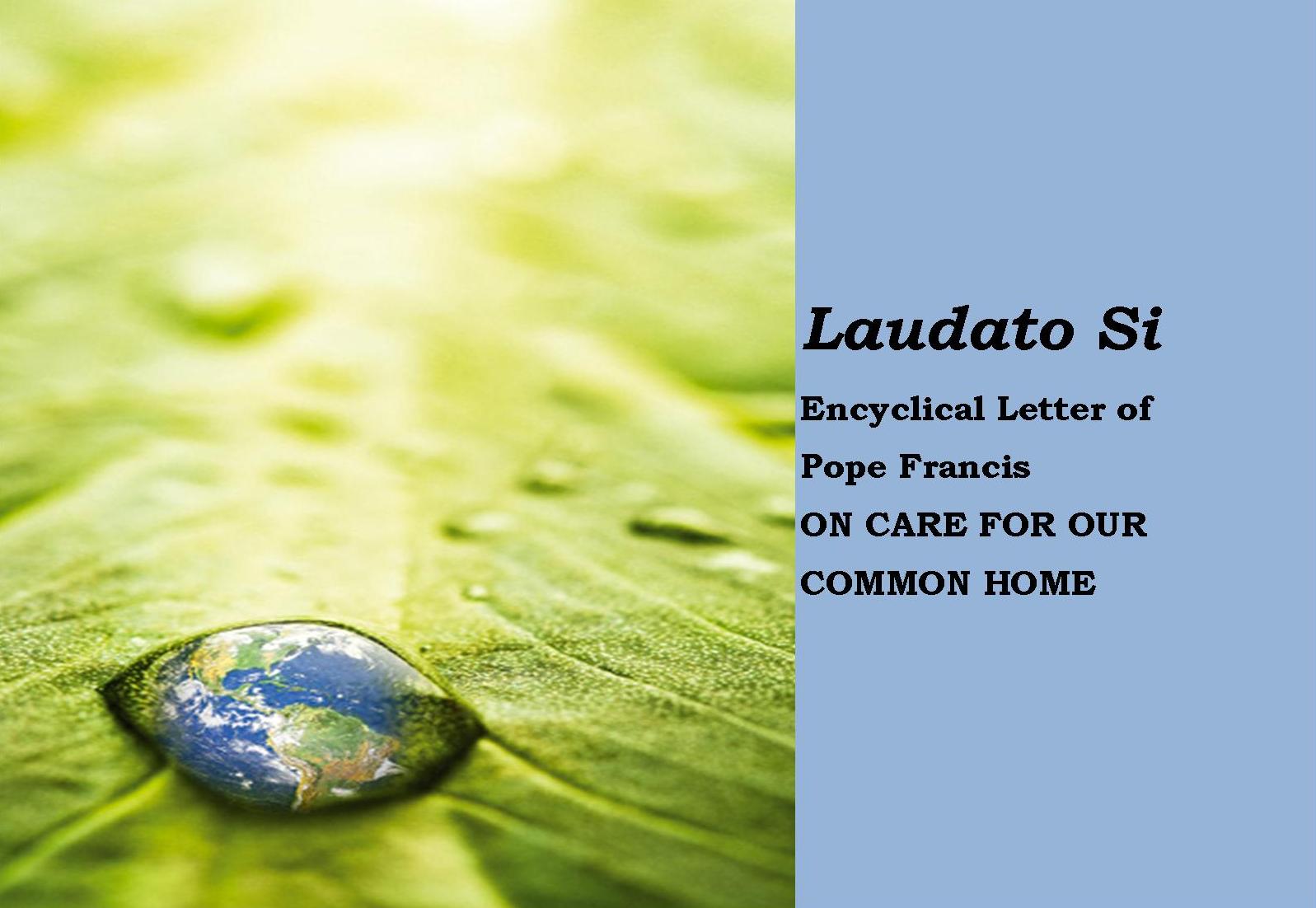 The Vatican has published the text of the new Encyclical Letter from Pope Francis which is called Laudato si. For the full text of the Encyclical please click here – Laudato Si – ENGLISH TEXT

The Encyclical takes its name from the invocation of Saint Francis of Assisi, “Praise be to you, my Lord” which in the Canticle of the Creatures reminds us that the earth, our common home “is like a sister with whom we share our life and a beautiful mother who opens her arms to embrace us” (1). We ourselves “are dust of the earth (cf. Gen 2:7); our very bodies are made up of her elements, we breathe her air and we receive life and refreshment from her waters” (2).

“This sister now cries out to us because of the harm we have inflicted on her by our irresponsible use and abuse of the goods with which God has endowed her” (2). Her cry, united with that of the poor, stirs our conscience to “acknowledge our sins against creation” (8). Taking the words of the “beloved” Ecumenical Patriarch Bartholomew, the Pope reminds us: “For human beings… to destroy the biological diversity … by causing changes in its climate …; to contaminate the earth’s waters, its land, its air, and its life – these are sins”(8).

The appropriate response to such penitence is what Saint John Paul II already called a “global ecological conversion” (5). In this, St Francis of Assisi is “the example par excellence of care for the vulnerable and of an integral ecology lived out joyfully and authentically. […] He shows us just how inseparable is the bond between concern for nature, justice for the poor, commitment to society, and interior peace” (10).

The Encyclical Laudato si’ (Praise be to you) is developed around the concept of integral ecology, as a paradigm able to articulate the fundamental relationships of the person: with God, with one’s self, with other human beings, with creation.

During his weekly address on Sunday 14 June 2015, Pope Francis said the encyclical is meant for everyone, not just Catholics:

“This encyclical is aimed at everyone: Let us pray that everyone can receive its message and grow in responsibility toward the common home that God has given us”. 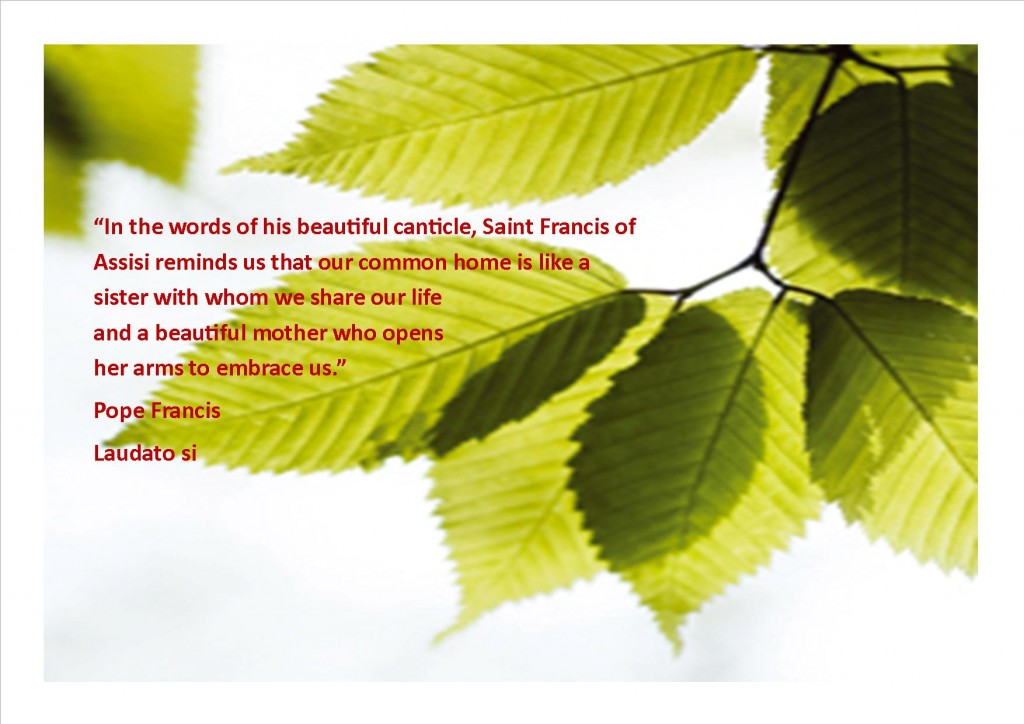