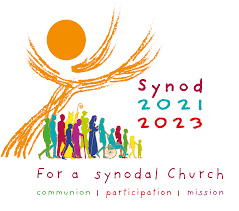 The Diocesan Launch of the Synodal Pathway will take place in the Newman Institute, Ballina, on Sunday, October 17th at 5.00pm.

Two members of every Parish Pastoral Council in the diocese will join Bishop Fleming, the Placing Hope in Faith Leadership Team, the priests and religious of the diocese for the ceremony.

The Placing Hope in Faith diocesan-wide consultation and listening process which commenced in 2017 and culminated in a Diocesan Assembly in 2018, and now in its implementation phase, means that the Diocese of Killala is well placed to advance along the Synodal Pathway.

Members of the Irish Catholic Bishops’ Conference gathered in-person this week in Saint Patrick’s College, Maynooth, for their Autumn 2021 General Meeting.   Due to public health restrictions arising from the Covid-19 pandemic, the Bishops’ Conference had hosted its previous five plenary meetings viavideo link.  The main issues discussed by the bishops during their Autumn General Meeting included an the opening of the Universal Synod on 9 and 10 October and an update on the Synodal Pathway in Ireland.

During their 2020 Winter General Meeting, bishops decided to proceed along a Synodal Pathway and, following their Spring General Meeting, announced that a new Synodal Pathway for the Catholic Church in Ireland is to take place with a view to holding a national synodal assembly, or assemblies, within the next five years.  Over 550 submissions have been received from the public as part of the initial phase of the Synodal Pathway.  Dr Nicola Brady has been appointed as chair of the Synodal Steering Committee and the vice-chairs are Mr Andrew O’Callaghan and Bishop Brendan Leahy of Limerick.

By a happy coincidence, these first two years of the Synodal Pathway in Ireland will complement the Church’s worldwide journey towards the XVI Ordinary General Assembly of Bishops, entitled: For a synodal Church: communion, participation and mission.  This weekend (9 and 10 October), Pope Francis will officially open the Universal Synod.  The Holy Father has asked that the whole Church prepare for this Synod which is scheduled to take place in October 2023 in Rome.

In this regard, bishops welcomed the publication on 7 September, by the General Secretariat for the Synod in Rome, of the Preparatory Document which indicates the guiding principles of the Synod on Synodality.  Bishops agreed that, as the Church in Ireland embarks on its own Synodal Pathway, we can also look forward to letting ourselves be inspired by these guiding principles.

Bishops discussed this Preparatory Document, sharing in the goal of its listening process, namely, “not to produce documents, but to plant dreams, prophecies, and hopes.”  For the initial preparatory phase of the Universal Synod, the fundamental questions put before us are:

–          how does this ‘journeying together’ take place today on different levels (from the local level to the universal one), allowing the Church to proclaim the Gospel?  and,

These global questions neatly complement the guiding question facing the Irish Synodal Pathway over the next five years, which is: “What does God want from the Church in Ireland at this time?”

The full membership of the Steering Committee and the Synodal Task Group for the Synodal Pathway will be published as part of the official launch in the coming weeks.

For more on the Synodal Pathway see www.catholicbishops.ie/synod and on the Universal Synod see www.synod.va.