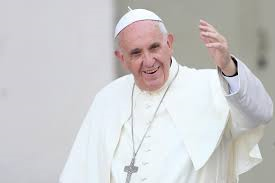 A portrait of St Anthony ministering to the poor.

In his message for this year’s World Day of the Poor, Pope Francis has told the faithful: “Prayer to God and solidarity with the poor and the suffering are inseparable.”

Instituted by Pope Francis in 2017 to focus attention on the poor and on our responsibility to work to end poverty, the fourth World Day of the Poor will be held on Sunday 15 November, but the pontiff released his message for the day on Saturday last, the feast of St Anthony of Padua.

This year the theme for the day is ‘Stretch forth your hand to the poor’, a quotation taken from the Book of Sirach, also known as the Book of Ecclesiasticus, which is part of the Catholic and Orthodox Old Testament but is not part of the Jewish canon or Protestant Bibles because no Hebrew versions of it were known. However, Hebrew fragments of the Book of Sirach were found among the Dead Sea Scrolls in the 1940s and 1950s. Notably, the Book of Sirach is the only part of the Bible where a copy of the author’s signature exists.

In his message, Pope Francis says that the message contained in the Book of Sirach remains “as timely as ever” and can “help us fix our gaze on what is essential and overcome the barriers of indifference”.

“Prayer to God and solidarity with the poor and suffering are inseparable,” says Pope Francis. “In order to perform an act of worship acceptable to the Lord, we have to recognise that each person, even the poorest and most contemptible, is made in the image of God. From this awareness comes the gift of God’s blessing, drawn by the generosity we show to the poor. Time devoted to prayer can never become an alibi for neglecting our neighbour in need. In fact the very opposite is true: the Lord’s blessing descends upon us and prayer attains its goal when accompanied by service to the poor.”

Pope Francis, who has made it his custom to share a meal with some of Italy’s poorest individuals and families on World Day of the Poor, acknowledges that giving our attention to the poor is difficult, but he says it is more necessary than ever if we are to give proper direction to our personal life and the life of society.

“It is not a matter of fine words but of a concrete commitment inspired by divine charity,” he says. “Each year, on the World Day of the Poor, I reiterate this basic truth in the life of the Church, for the poor are and always will be with us to help us welcome Christ’s presence into our daily lives.

“Encountering the poor and those in need constantly challenges us and forces us to think. How can we help to eliminate or at least alleviate their marginalisation and suffering? How can we help them in their spiritual need? The Christian community is called to be involved in this kind of sharing and to recognise that it cannot be delegated to others.

“In order to help the poor, we ourselves need to live the experience of evangelical poverty. We cannot feel ‘alright’ when any member of the human family is left behind and in the shadows. The silent cry of so many poor men, women and children should find the people of God at the forefront, always and everywhere, in efforts to give them a voice, to protect and support them in the face of hypocrisy and so many unfulfilled promises, and to invite them to share in the life of the community.”

Pope Francis says that the Church cannot offer comprehensive solutions to ending the problem of poverty but she can offer witness and gestures of charity.

“This year’s theme – ‘Stretch forth your hand to the poor’ – is a summons to responsibility and commitment as men and women who are part of our one human family,” said the pope.

“It encourages us to bear the burdens of the weakest, in accord with the words of Saint Paul: ‘Through love serve one another. For the whole law is fulfilled in one word: “You shall love your neighbour as yourself”.’”

The full text of the pope’s message, in eight different languages, can be read here.